The question about anthropotechnics involves tracing some fundamental theological discussions because in the medieval world theology was far from being a discipline like any other. On the contrary, it was always the device that catalyzed the institutionalization of the various modes of government. In this light, one should read the discussions on the statute of providence, on the will of God, on creation, on the problem of evil, justice, etc. And at the same time, it will be necessary to wonder about those theological forms that gave rise to and continue to give rise to modernity today.

That is to say, it is a matter of seeing not the theological cause Jewish, Christian, or Islamic in modernity, but how modernity itself reveals its own theological archéin. Providence is not a mere cause, but an origin that does not stop acting in the present. Just think of the device of confession, whose genealogy refers to the pastoral forms of monastic Christianity, according to the works of Michel Foucault.

For several decades, important reformist and feminist currents have developed in Islam that denounces the traditional monopoly of men, and more specifically of clerics, in the exegesis of the Koran, as well as its patriarchal interpretation, contrary to the original spirit and its defense of equality between men and women. These currents claim the right of women to directly access these texts and to interpret them from a gender perspective, which leads them to consider the Koran as an important instrument in favor of the liberation of women.

The first thing they note is that the sacred text of Islam does not have an account of the creation of women from a man’s rib, as does the Jewish Bible (Genesis 2, 21-22). Man and woman are created from the earth without subordination or dependence on one another. The relationship between male and female believers is one of friendship and mutual protection. In the Qur’an, the name Adam appears 25 times, which is not Arabic but Hebrew, and in 21 of them, it has the meaning of humanity. Nor is there in the holy book of Islam an account that holds the woman responsible for sin and expulsion from paradise, as appears at the beginning of the Jewish Bible (Genesis 3, 6). 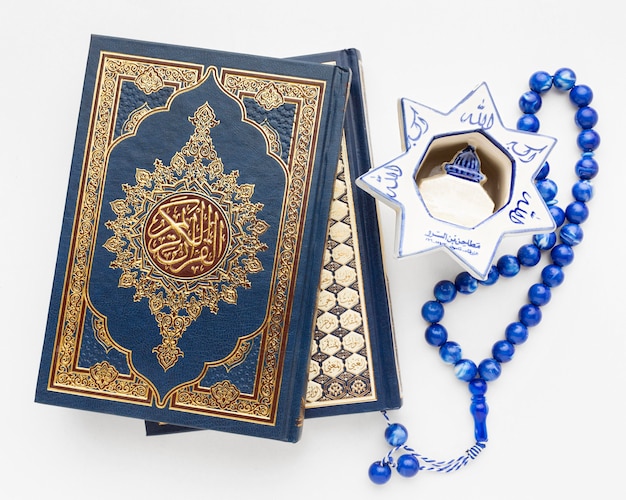 Quran recitation contests are held all over the world. Talha Gulli, a 13-year-old boy, is hopeful of winning the contest organized by the Islamic Channel in the UK this year. He says that he started learning the Qur’an when he was five years old because he was bored. And if he had to list the things he enjoys the most, he says that reading the holy book would certainly be at the top of the list. In internet times, the Quran has not lagged behind. Beautiful recitations and sumptuous facsimiles are available at the touch of a button. Imam Ajmal Masroor confesses to being a geek, as computer-obsessed people are called in English. “If the prophet were alive, he would use the latest technology. He was the most modern man of his time,” he says. Masroor believes that there is nothing irreverent about the fact that he downloads verses of the Qur’an and their translations from the internet to consult them on his computer or on his cell phone whenever he needs them. “The fact of feeling frightened by the modern world contradicts the Koranic message of being relevant at all times,” he concludes.

The course “Understanding the Quran and Salat” is the world’s first animated and illustrated course to learn Quran online academy. In addition, the course is available free online and accessible to anyone who is interested.

We are a group of illustration professionals and animators who want to transmit training in a universal, free, avant-garde way and available to anyone with an Internet connection.

We have designed a course that we believe is the fastest, easiest, and most interesting way to understand the Quran and prayer in a direct way.

These classes will have an approximate video duration of 3 minutes, which will be the same for all the videos of the “Understand Quran Academy” course. It took 20 years to develop the course and hundreds of thousands of students of Dr. AbdulAzeez, the founder of Understand Quran Academy, have already been instructed along with other teachers around the world. Apart from English, it has been translated into many other languages ​​and now in Quran online academy for all the public in Spain and Latin America.

Now, for the first time in history, and through cutting-edge videos, this course is being made available to all people throughout the world.

Therefore we rely on donations to cover our costs to allow access to each course.

Discover for yourself the benefit of this course.

Please consider donating, in sha Allah will be a constant source of Sadaqa Jaria

for you, like your family, loved ones, and millions of people will continue to benefit from it all the time as long as they have the Internet.

10 questions about the French Bulldog

Fri Jan 8 , 2021
How does a French Bulldog behave? The lovely French Bulldog is a dog that will perfectly adapt to its owner. The older it gets, the more there are two alternatives. Either he will show himself as a mature dog who has calmed down and is rather restful in nature. Either […]

How to choose the best android app development company?

How the SEO service remains the perfect way to promote your business?

Interesting Things to Know Before Visit in Maldives

Why Use a UV Printer?